The Augmented Ancestors of Pokemon GO 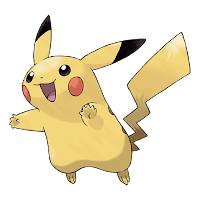 Pokemon go is a week-old game that broke many records, if not all of them. Its booming marketing, mainly mouth to ear, should be further investigated and taught in marketing schools of the digital age.
It was marked as the biggest consumer product in the AR and VR yet, and the breakthrough of the Augmented Reality technology into the mainstream (read more at FastCompany).

The basic successful elements of the game, as I see them, are:

But I really wanna focus on the games that came before Pokemon GO. The things that led us to it.
First, let's look at the developers: Nintendo, brought all the content and the story behind the Pokemon product; and Niantic Labs, who brought the technology behind the game.

Their last game, Ingress, was made for Google in 2012. It is a GPS-based worldwide group battle, where players of each group try to take control of physical areas by placing virtual elements on several locations there. The user must be present at the location to do so. 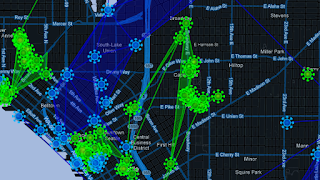 As you can see, even though this is extensively social gameplay, there is no augmented reality there at all.

On February 2012 I met an Israeli startup founder that told me of his location based interactive tour creator. Even though they are still active today, Go-Arc has changed its focus and turned to the industry and large scale factory control.

Sometime late 2009 came out this video of Quake avatars shooting the player in a public parking space. Enhancing the First-Person Shooter games, making them more engaging and as real as possible, has always been a goal of the game developers. There are many concept videos of how the future shooter experience should look and feel like.
But this Quake video was one of the first working examples to it. I must point that this project uses the real world only as a background for the game, but it doesn't "communicate" with it. If a car would drive over a virtual avatar, it will go through it... 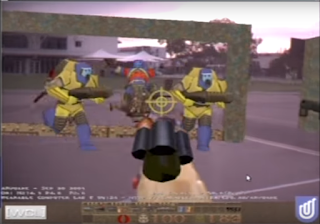 at 2007 I was introduced to Georg by Ori Inbar, the Augmented World Expo founder (he was my academic mentor at the time). Georg already had a marker-less tracking system that worked off a laptop (video from ISMAR 2007). today, it might seem obvious, but this has probably was the first real-time, high performance scene tracking system. It had features like: occlusion, PTAM scene tracking. 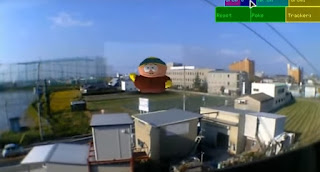 In Nov 2004, a Singaporean university lab developed a street pacman game. 4 people walked around the block carrying heavy backpacks, playing the 3 monsters and the pacman. It is probably one of the earliest real-time, mobile  AR apps ever created. 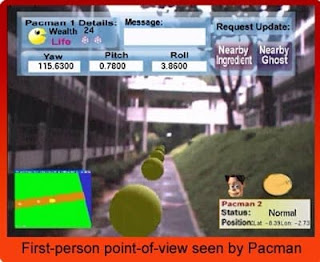 The last game worth talking about is FatherIO (created at Apr 2016). That is a project which started as a Kickstarter project, and grew fast (raised 350,000$, 6 times more than they asked). This game is very much like Ingress, only it features a real augmented shooter battle, when enemies from 2 rival groups, encounter to the same point at the same time (check out the trailer).
The team is still building both hardware and software to make the battle look as real as possible.

Pokemon GO was actually first announced at Sep 2015. The concept was not so clear to me back then, but it seems very clear that they knew exactly what they wanted to do. As you might have seen, the concept of walking outside in the real world and seeing augmented entities, is not new.

Great Job, Nintendo and Niantic Labs.
I certainly hope that your work would trigger the mainstream to further explore what AR can do for them, other than collecting Pokemons.